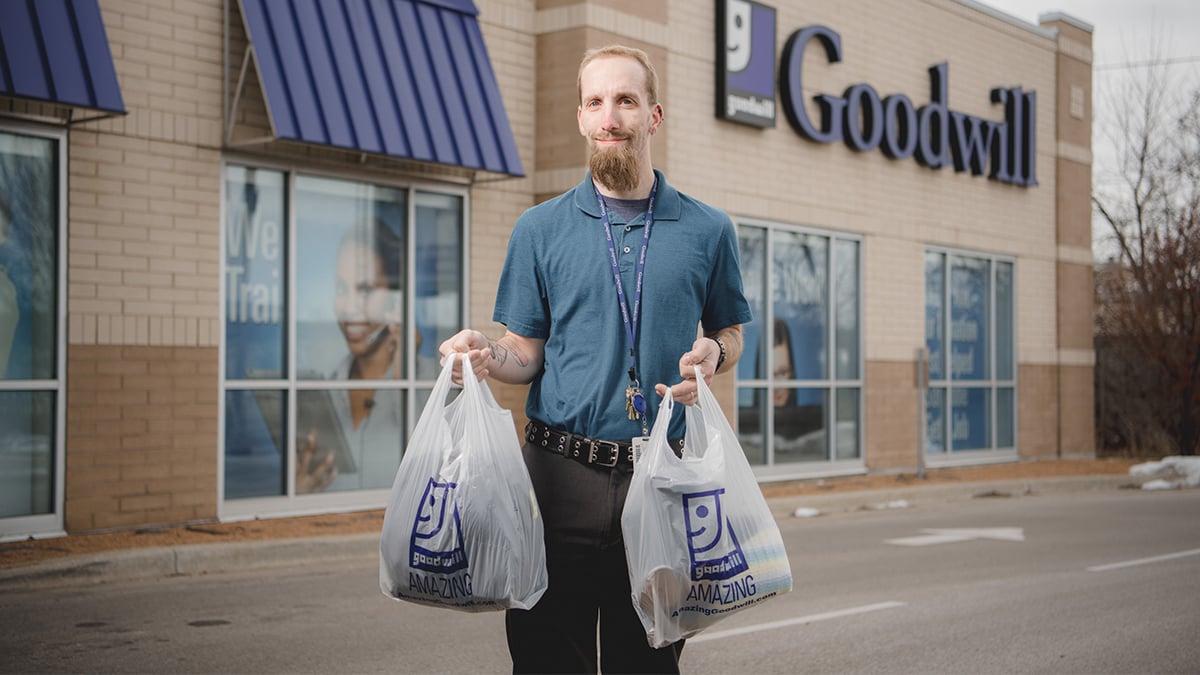 Overcoming obstacles and focusing on an individual’s future is what Goodwill is all about.

This was the case for Scott, who overcame great adversity and is now a shining example of what it means to move up the career ladder through hard work. 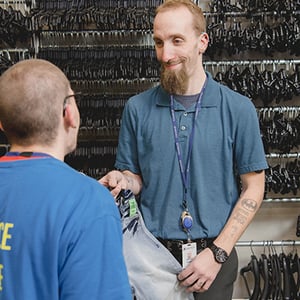 door to heroin. After almost two years of using and watching friends overdose or go to jail, Scott found himself at a crossroads; he was selling his possessions and contemplating theft to fund his addiction. But instead of heading further down the path of self-destruction, Scott made a call to get help and left the next day for rehab.

Clean and wanting to move onto a better life, Scott knew he needed employment and a job that would give him confidence. He applied for a job as a Goodwill Donation Attendant and was so impressive at his interview, he was hired on the spot. Scott’s hard work and dedication showed immediately, and it wasn’t long before he was strongly encouraged to participate in Retail Services’ Career Path. This structured professional development curriculum provides support for employees seeking advancement within the retail field. Scott was the perfect fit, and his Store Manager, and mentor, pushed him to believe in himself as everyone around him did. Less than three years later, Scott has received two promotions and holds the position of Retail Supervisor.

Scott is so proud of the Goodwill Store & Donation Center he works in, and that pride shows in the respect and friendships he has established with his “Goodwill family,” which happens to include his wife who he met at Goodwill! Scott is proud that his work, and his story, directly correlates to the Goodwill mission of helping to provide people with opportunities. “Goodwill saved me,” he says, “I was given a second chance at life…I have to run with it as far as I can.”